At DEGONG, we’ve made it our business to do what others can’t. We’re constantly pushing the boundaries of what’s possible to ensure our clients get exactly what they need. If you are looking for efficiency, our brewhouse designs can achieve up to 95% efficiency. No matter the challenges, we’ll help you brew the beverage you’ve always dreamed of.

This series tank is composed by fermentation tank,beer storage tank/bright beer tank and yeast tank. We have specification of 100L,200L,300L,500L,800L,10HL,20HL,and we can also customize specification according to clients order.

1. Most of Fermention tanks are corn-shaped and can be used as beer storage tank.

2.All equipments are made of high quality stainless steel which meets the international food safety standards.

4.Level and temperature of tanks are achieved by automatic or semiautomatic control. 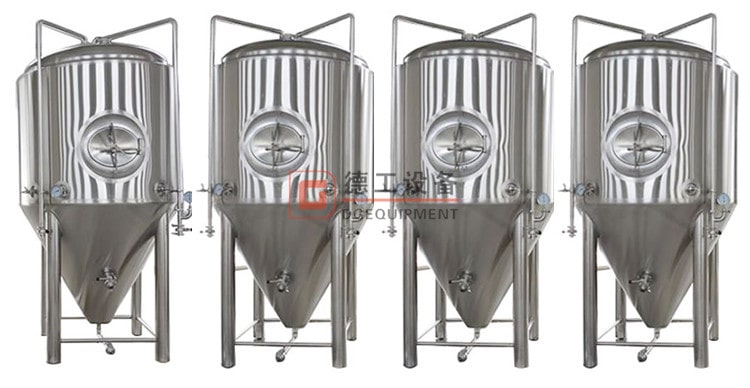 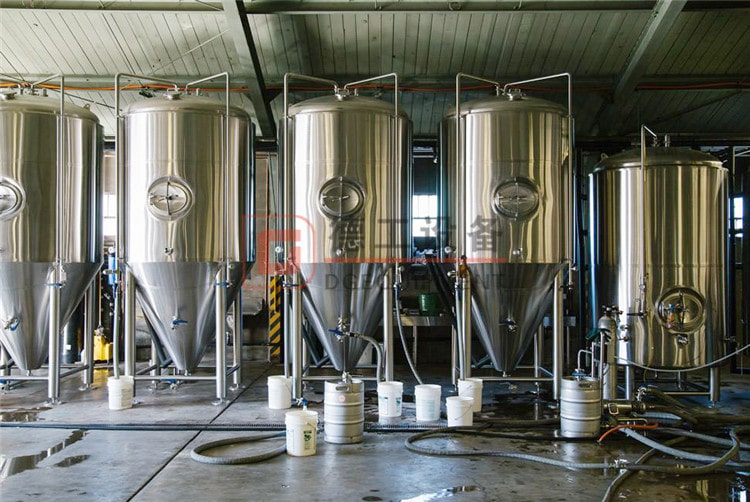 Fermentation is the process by which yeast converts the glucose in the wort to ethyl alcohol and carbon dioxide gas -- giving the beer both its alcohol content and its carbonation. To begin the fermentation process, the cooled wort is transferred into a fermentation vessel to which the yeast has already been added. If the beer being made is an ale, the wort will be maintained at a constant temperature of 68 F (20 C) for about two weeks. If the beer is a lager, the temperature will be maintained at 48 F (9 C) for about six weeks. Since fermentation produces a substantial amount of heat, the tanks must be cooled constantly to maintain the proper temperature. 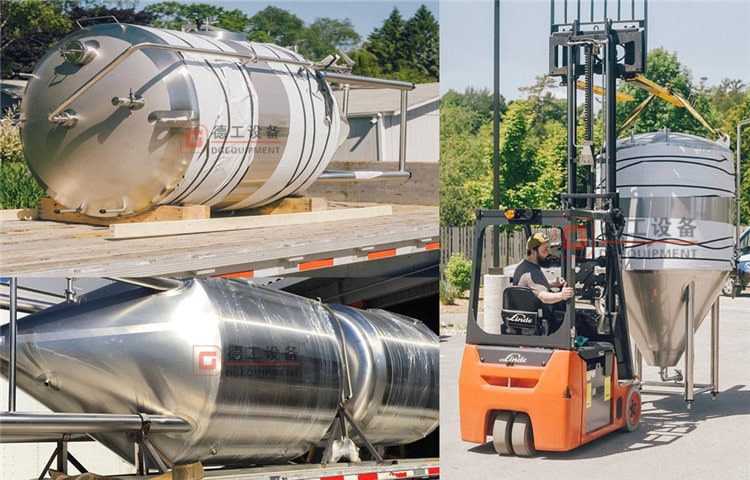 To begin, let's consider the four basic ingredients that make up beer:

First, the barley grains are soaked and dried to form malt, and then the malt is boiled and mixed to convert the released starches into a sugary liquid called wort. After it is boiled with hops, and perhaps other flavorings, the wort is cooled down via a heat exchanger. Cooling is necessary to prepare the wort for the next stage of the brewing process, which is  fermentation.

Fermentation is a process that involves converting sugar into alcohol. Such reactions usually occur in a closed tank that is under anaerobic conditions, with the timeframes varying depending on the type of yeast that is used as well as the fermentation temperature. Once the wort has been cooled to a temperature of less than 20°C, yeast is added into the mix and the wort starts to ferment. As the conversion takes place, we are left with a product that we can now refer to as "beer”.

When it comes to how fermentation proceeds, the yeast type, temperature, and initial sugar content all play an important role.

Ready to Get Started Building Your Dream brewery?