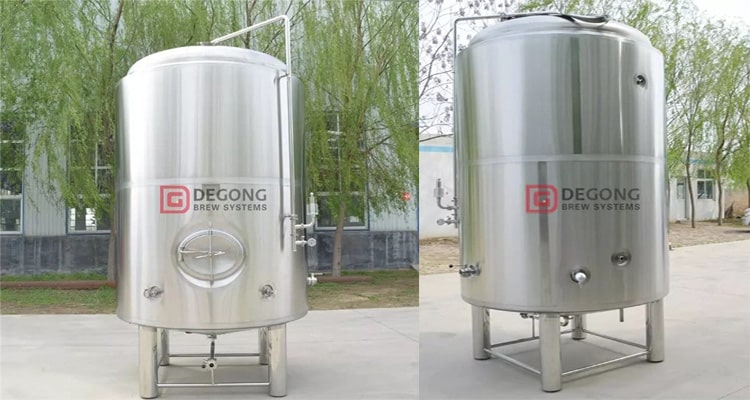 It can be widely used in the brewing of various craft beer types, such as Lager, Ale, etc. The tank has a dished-bottom cylindrical shape for vertical tank.

This 4000L brite tank has its own cooling device, which can easily control the temperature.

A rotating cleaning ball is installed inside the tank top, which is connected to the CIP cleaning system, which can clean the inner wall of the tank at 360 degrees without dead ends,ensuring hygiene and safety in production.

Generally, the configuration of bars and microbrewery is more common, and the size and

placement of the tank can be customized according to site requirements.

Top manway or side shadowless manhole

Cooling jacket on the cylinder or single wall serving tank 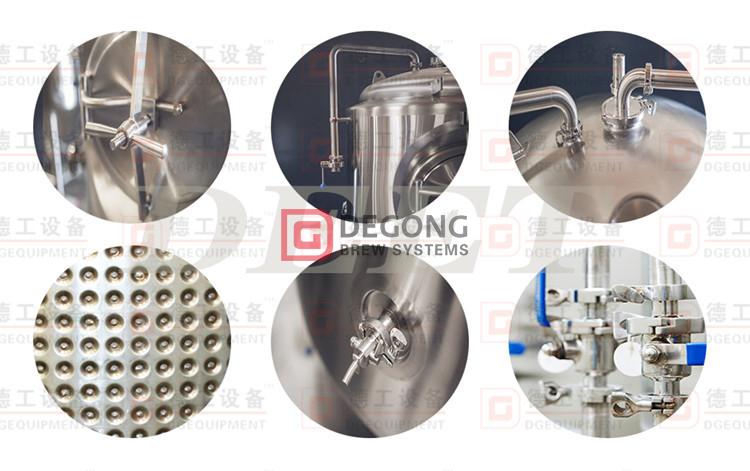 Ready to Get Started Building Your Dream brewery?