Good quality beer is inseparable from good beer equipment. There are many types of beer equipment, mainly 8 systems(mill, mash, fermentation, cooling, cleaning, control, filling, and beer sales system) DEONG mainly designs and produces beer equipment with a volume of 100L to 5000L. At the same time, we can also customize personalized beer equipment according to customer needs. The main raw materials for brewing beer are malt, hops, yeast and water. Mash plays an important role in the brewing process. Mash directly affects the cost of beer production and also affects the quality of beer. At the same time, mash is also affected by temperature, time, pH and so on. 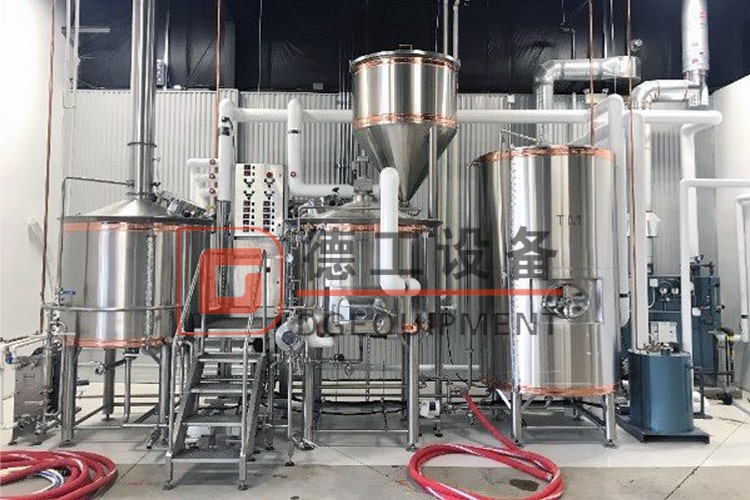 a complete of brewery equipment

Mash tun is a vessel used in the mashing process to convert the starches in crushed grains into sugars for fermentation. Mash tuns are insulated to maintain a constant temperature. The mash tun can be single-functional or can also have a false bottom and spigot so that the sparging process can be done in the same vessel. Steam jacket design will allow the systems to do both decoction mashing and infusion mashing.

The lauter tun typically has the same capacity as the cooking tun and can also be made out of stainless steel or copper cladding. It has a design with a false bottom in stainless steel v-wire and a raking gear that has the function of an agitator, a rake and a spent gain remover. This is a very unique and helpful tool because after filtering the spent grains will be removed from the lauter tun, saving a lot of time and energy of the brewmaster. Furthermore the lauter tun can be equipped with additional accessories such as back washing rings, sight glasses, filter plate.

Hot water tank, called hot liquor tank in a brewery, is the buffer tank that contains hot water that will be used to sparge the grain bed during lautering to extract a maximum of sugars out of the malt. This hot water tank is almost always insulated and can be heated through steam or an electric coil.

After lautering, the beer wort is boiled with hops (and other flavourings if used) in a large tank known as boiling tank. The boiling process is where chemical and technical reactions take place, including sterilization of the wort to remove unwanted bacteria, releasing of hop flavours, bitterness and aroma compounds, stopping of enzymatic processes, precipitation of proteins, and concentration of the wort.

At the end of the boil, the wort settles to clarify in a vessel called a "whirlpool tun" which has is a tangential inlet of wort. Thus, a vortex is formed when the wort is infused along the arc inside surface, so that the more solid particles in the wort are separated out. Whirlpool can happen in the kettle because there is no obstacle inside the kettle. 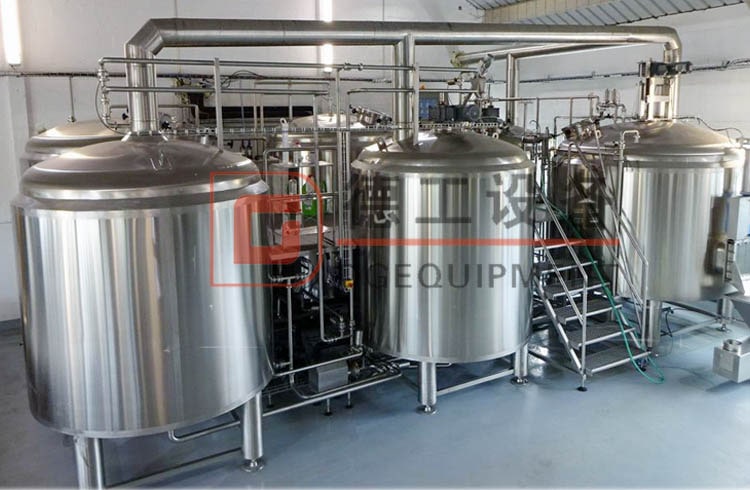 Fermentation system is generally consists of 6-10pcs fermentation tanks. It can be selected freely by brewing type and sales situation of beer. 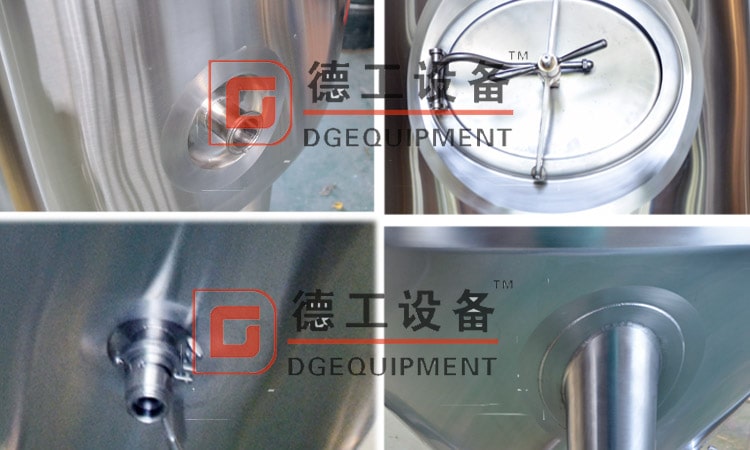 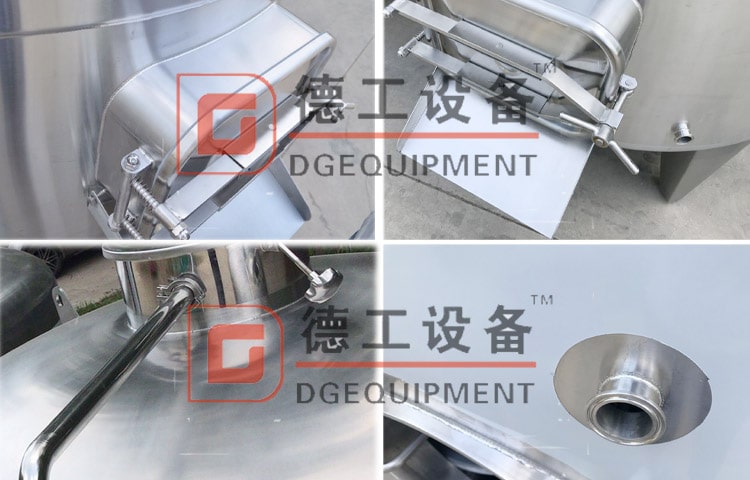 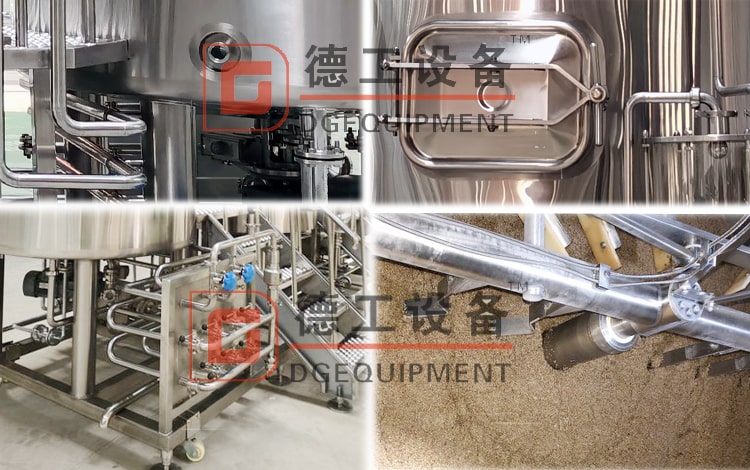 If you have interest, get in touch with me any time.