Whether you are looking for a complete system or a single tank to expand your present operation, DEGONG builds equipment solutions tailored to meet your budget, your layout, and your investment goals. 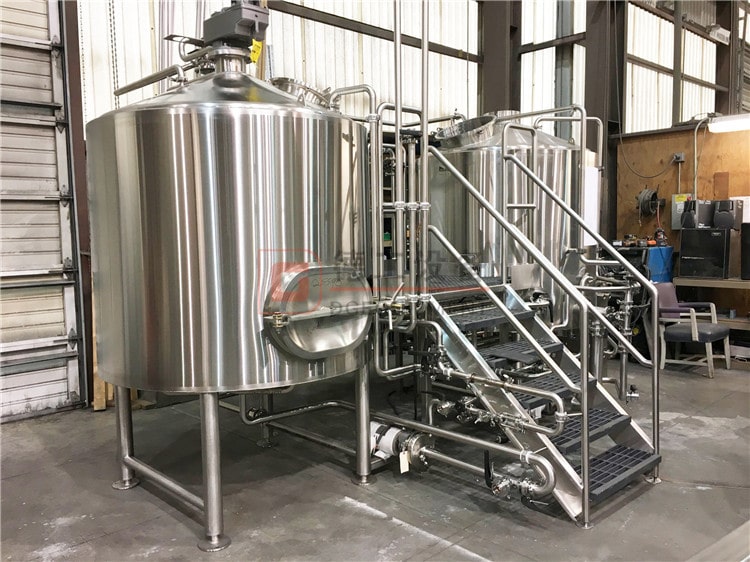 All beer starts out in the mash, a fragrant soup made of malted barley and water. Ours starts out as two-row Canadian and imported specialty barley which is malted then shipped to Baysville. We bring the grain in from our outdoor silo, mill and then mix it with fresh Lake of Bays water.

The mixture is heated up and left to rest for an hour. This is where a crucial chemical reaction takes place – the conversion of long, complex starches into simpler sugars that our yeast can digest and turn into alcohol.

The not-yet-beer, called “wort,” is pumped out and into a brew kettle. The sweet, porridgey grain that’s left behind is drained and donated to local farmers, whose dairy and beef cattle come running when they see the truck rolling down the lane. Think: ice cream truck. 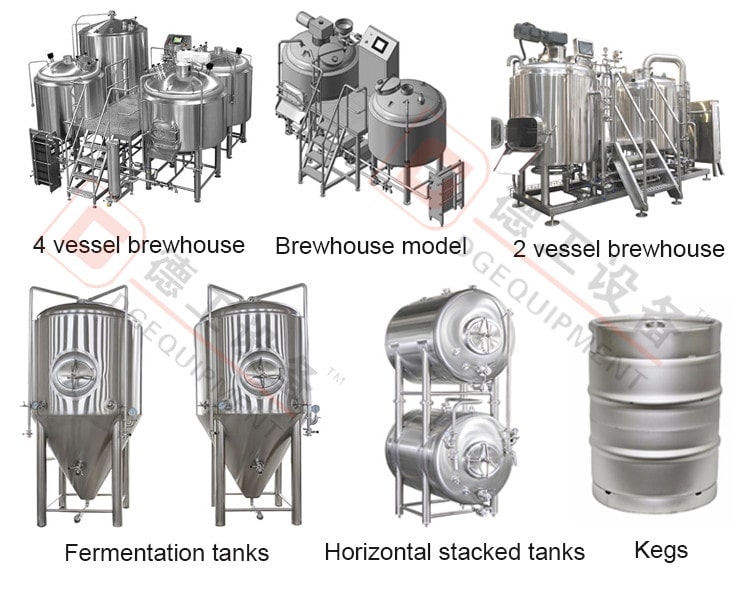 In the kettle, the wort is boiled for 60 to 90 minutes. This is where we add hops to promote bitterness, flavour and aroma.

The next stop for the wort is the whirlpool, where a spinning current separates clear wort from hop particles and solids. The leftover solid matter, called “trub,” is left behind and the clear wort is cooled, mixed with yeast and pumped into the fermenter. 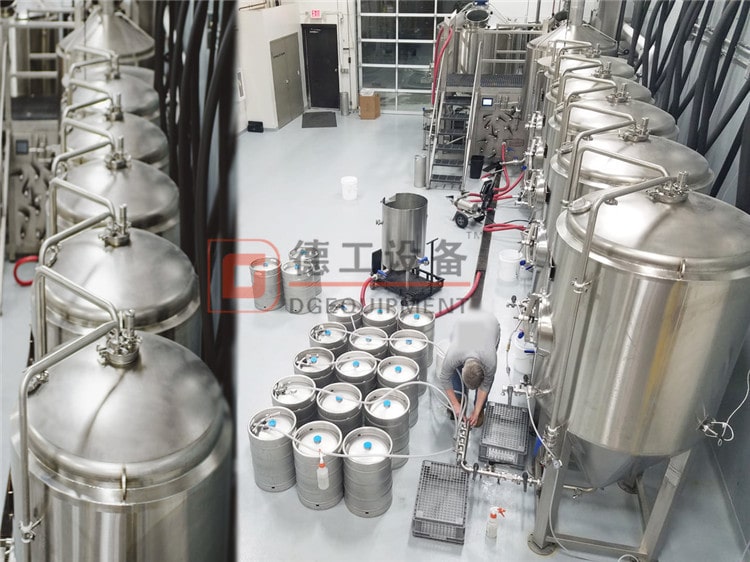 The almost-beer is fermented in unitank fermenters over a period of several days, remaining in the tank for two or more weeks afterwards for aging and clarification.

Yeast makes beer “beer” by consuming the sugars in the wort and converting them to alcohol and CO2. The CO2 escapes through a blowoff arm, bubbling away through an airlock and, courtesy of the type of yeast used, filling the brewery with aromas such as strawberry, cloves, banana and pear. The alcohol remains in the beer .

The spent yeast settles to the bottom of the tank after fermentation and is let off through a drain valve.